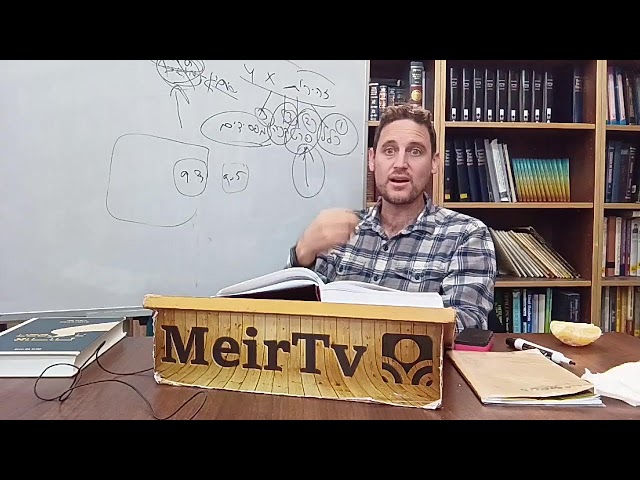 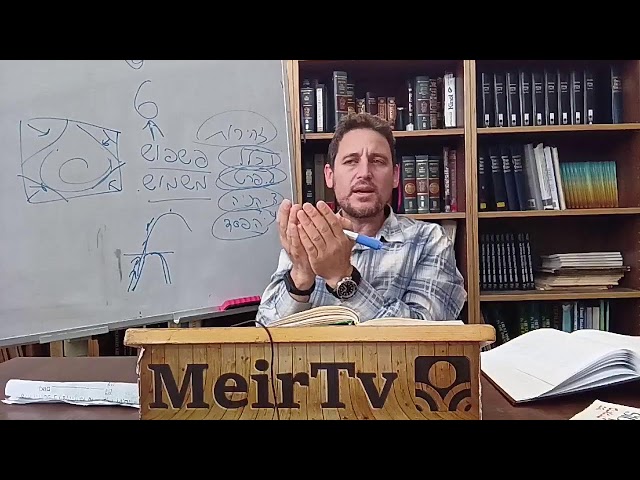 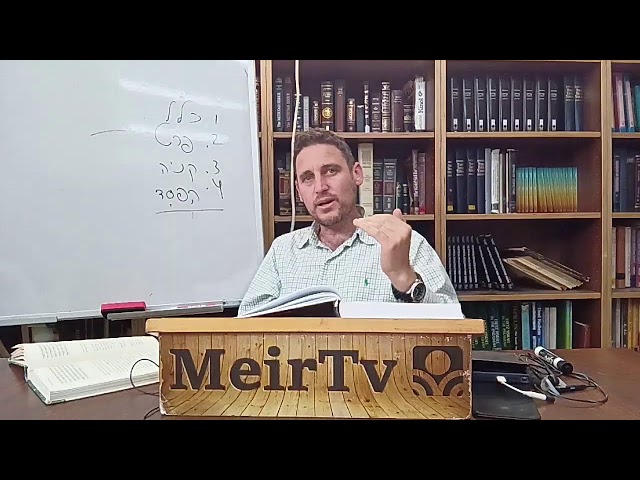 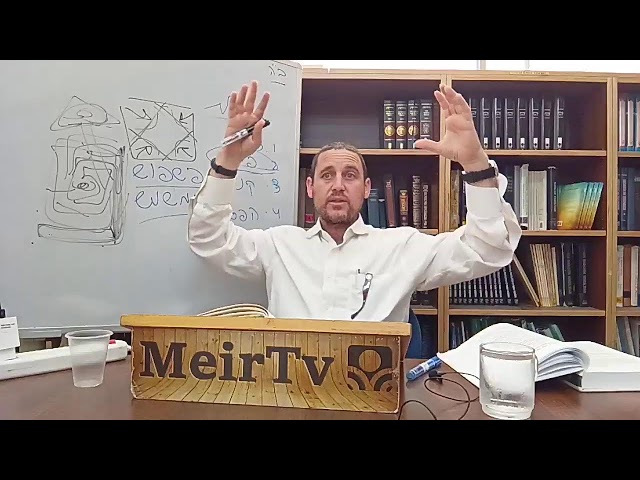 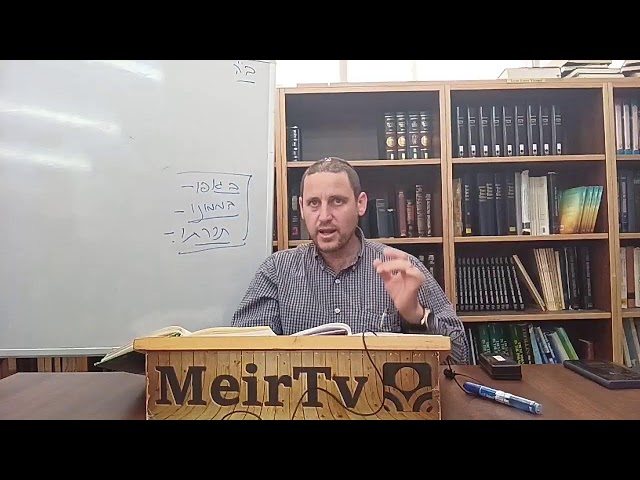 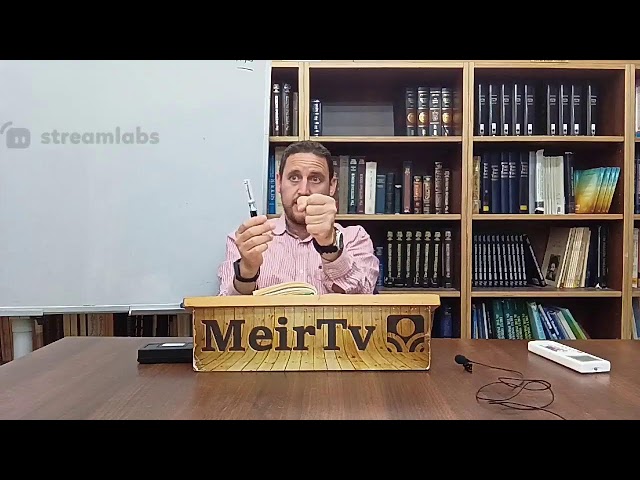 From the World of Rabbi Avraham Kook

“Prayer is a concrete activity… Still, its outcome hinges entirely on the holiness of the worshipper’s individual will, and on the divine content that fills his soul. The prayers of the righteous foment an enormous, beneficial upheaval in the values of the entire world.” (Orot Hakodesh 3:48)

“Today you are all standing before the L-rd your G-d” (Deuteronomy 29:9). Rashi quotes the Midrash:
“Why was Parashat Nitzavim attached to the curses of Ki Tavo? When Israel heard the ninety-eight curses of Ki Tavo, in addition to the forty-nine of Bechukotai, they were aghast. They said, ‘Who will be able to withstand these curses?’ Moshe began to propitiate them: ‘Today you are all standing’ – you made G-d angry many times yet He never annihilated you, and you continue to endure before Him.”
This is a fact. The Jewish People have survived until now, and they will endure forever.

The author of “Ma’or VaShemesh” explains that Moses advised Israel on how to save themselves from all of these curses:
“The main way of forestalling suffering is through love and unity. When love and unity exists amongst Israel, there is no room for suffering. As our sages said, ‘United in idolatry, leave Ephraim alone’ (Hoshea 4:17) – Even if Israel worship idols, yet they are united, without any divisiveness, they will enjoy quiet and their unity will distance them from curses and suffering. This is the meaning of ‘Today you are all standing.’ It happens when ‘your leaders, your tribal chiefs, your elders, your law enforcers and every Israelite man’ (Deuteronomy 29:9) are of one heart and love one another.”

Indeed, at the Sinai Revelation, Israel stood at the foot of the mountain as one man with one heart, and by virtue of that they were privileged to receive the holy Torah together (Ba’al HaTurim).

Today, on the eve of Rosh Hashanah, as we say, “Let the old year with its curses end, and let the new year with its blessings commence,” making such wishes is not enough. We must also act ourselves so that the curses and suffering can cease and the blessings can befall us. The more we do for the sake of the nation’s unity, and to increase love among our people, the more we live together lovingly, the better we will be able to withstand our enemies and to defeat them. By such means we will achieve peace, and we will continue to advance on the upward pathway to complete redemption. And may our request be fulfilled: “Save Your people and bless your inheritance and tend them and carry them forever” (Psalm 28:9).

“How do you find a Spouse?”


It’s very troubling that there are so many unmarried men and women in Israel. To solve this problem, we need to know what is causing it. Sure, there are many reasons for it, but what is the main reason?

It seems like people are becoming individualists. They think too much about themselves, and they love themselves too much. Certainly, a person is allowed to love himself. If Scripture states, “Love your neighbor as yourself” (Leviticus 19:18), that’s a sign that we have to love ourselves and not God forbid disparage the great gift that God gave us: ourselves. But one shouldn’t overdo it! We shouldn’t exaggerate our self-love. We have to leave a lot of room to love others and to love God. Marriage is certainly built on loving others greatly, but obviously, one shouldn’t exaggerate so much that he abnegates himself to his spouse totally. Neither should one be possessive in his love, such that his spouse is just a tool to supply him with a good feeling.

The Danish philosopher Søren Kierkegaard, wrote an article called, “Diary of a Seducer”, about a person who cannot love a spouse, but must seek various other types of experiences for his pleasure. Obviously, this person will never get married. If he does get married, he will be a wretch, for no spouse will ever be totally to his liking. With time, his marital experience will collapse.
As a rule, such a person is an individualist, hence he is unexcited about giving to his spouse. He loves to receive, but not to give. He has no joy from doing good deeds (Rambam at the end of Hilchot Succah VeLulav). He has no moral love involving a longing to give to his spouse. He has only the love of physical pleasure. Obviously, it is also permissible to enjoy kosher pleasure, and to build marriage on half giving — thereby deriving contentment, and half receiving, thereby receiving pleasure. When individualism becomes even more extreme, we arrive at abominations such as men who choose other men as their spouse, claiming, “This is what is good for me. That’s how I am. Accept me as I am.” Such a person has engraved on the flag of his consciousness: “I place myself before me always. I place my pleasure before me, always…” This worldview is the heritage of Western culture, the offspring of Greek culture, which is itself the daughter of ancient idolatry. What they all have in common is that the world is a world of satisfying pleasure.

Yet we, the students of Moses, say: this world is a world of fulfilling duty (Mesillat Yesharim, Chapter 1). As stated above, fulfilling duty fills a person with contentment. I did not say, however, that he is fulfilling duty in order to be content, for then he will be acting not for the sake of heaven. Rather, one should be doing good deeds because goodness is good. (Rambam, Hilchot Teshuvah 10; Maggid Mishnah, the end of Hilchot Lulav). Doing so will bring him contentment. Thus, marriage exults a person above himself. It makes him transcend his pleasure and his experiences. The married person is saved from his private, narrow framework, which binds him with petty sayings such as: “I have to be truthful to me myself, honest with myself, I owe myself, etc…”.

Excess individualism poisons our moral life and times since it is the main obstacle to happy marriage, and to marriage at all.
Indeed, marriage saves us from an egotistical perspective. Therefore, on the way to marriage, you gain two things: 1) your spouse, and 2) being liberated from egocentrism. Good for you!


“The Hidden and the Revealed”

G-d’s rebuke in Parashat Nitzavim concludes with one verse that differs from the rest: “Hidden things may pertain to the L-rd our G-d, but that which has been revealed applies to us and our children forever. We must therefore keep all the words of the Torah” (Deuteronomy 29:28). At first glance, it is hard for us to understand the literal meaning of the verse, let alone its connection to the whole preceding section.

Well-known is Rashi’s explanation which leads us to see this verse as establishing the mutual responsibility that obtains between all members of the Jewish People, wherever they may be. For “if there be amongst you any man or woman… whose heart strays from the L-rd our G-d” (29:17), then not he alone will bear the brunt of verse 29:19: “The entire dread curse written I this book will lie at his door, so that the L-rd will blot out his name from under the heavens.” Rather the fate of us all is tied to his fate. The curse of 29:26, of G-d’s “displaying anger against this nation, bringing upon it the entire curse written in this book,” is supposed to impose upon the whole community, including its righteous, responsibility for the sins of the individual.

Presumably, the people then asked Moses, “How is it possible to impose responsibility upon us for deeds we have not committed at all? Surely, a person does not know the hidden thoughts of his fellowman.” The Torah therefore answered, “The hidden things are the responsibility of G-d, whereas that which has been revealed applies to us and to our children forever. It is our responsibility to bring about that the whole Torah will be fulfilled by everyone. What emerges is that we indeed, do not bear responsibility for sins committed in secret, and we have responsibility only regarding that which is revealed for all to see.

This is Rashi’s opinion, yet Rabbi Menachem, the Me’iri, differs with him (Sanhedrin 43a):
“The judges and sages and leaders of Israel must constantly examine and investigate the deeds of the people in their town. They have nothing to apologize for when they respond appropriately to revealed sins that they encounter, yet they must also do their utmost to investigate and spy on the hidden deeds. If they neglect to do this, then all of Israel will be punished for the hidden deeds of the sinners. After all, all of Israel were rendered mutually responsible for one another when they accepted upon themselves the blessings and the curses at Mount Gerizim and Mount Eval.”

Me’iri expresses himself in accordance with the view that G-d punishes us even for the hidden sins of our fellow man, whereas Rashi brings the opposing point of view, that for our fellow man’s hidden sins we are never punished. Yet it is possible to see that the disagreement is not all that polar.

Israel’s mutual responsibility towards one another came about through the forging of the covenant of blessings and curses between Mount Gerizim and Mount Eval. Twelve curses appear there. Nine of them are sins that are customarily performed secretly, in hiding. Regarding the other two, the Torah states explicitly that it is talking about when they are performed in secret. Regarding all of those sins performed in hiding, we cannot act against those who perform them. All that is left is for us to curse the violators and bless those who abstain.

Yet the Torah does not simply exempt us from action. There is an additional curse regarding another sin: “Cursed is he who does not uphold this entire Torah to be performed” (Deuteronomy 27:26). This curse does not apply to any sinful act, but rather to a sin of omission. Whoever does not do his utmost “to uphold this entire Torah” and to bring others to perform it, is cursed. This sin too is performed in secret. If I am lax in doing my duty to uphold the Torah amongst Israel, will there be anyone besides myself who knows whether I have legitimate reasons for this, or just lame excuses?

The duty to “uphold the Torah” greatly diminishes the gap between the hidden sins and the revealed ones. It is true that only sins carried out in the open can be punished by means of the Jewish courts, or other establishmentarian means. Today, for that matter, we cannot even do that.

Yet teaching and educating by a wide variety of different channels is something we can always do, especially now, when so many of our people thirst to hear the word of G-d, but do not express this openly. Are we entitled to stand by and to avoid responding to the challenge of assisting our brethren to return to themselves, to the heritage of their people and to the G-d of their ancestors? Can sitting with hands folded exempt us even from the twelfth curse against those who fail to uphold the Torah?

And while on the subject of “hidden things,” we mustn’t be silent regarding still another duty involving our mutual responsibility for all of Israel. Our brother Jonathan Pollard has been rotting in jail for over two decades, and no one has come to save him. Shall we continue to remain silent on the pretext that his case is one of “G-d’s hidden matters”? Or, shall we admit that every one of us is duty-bound to do his utmost on his behalf. Let us not become objects of the curse: “Cursed is he who does not uphold the words of this Torah.”